Winding into Wednesday and the midweek saw mixed sentiment in the markets and I hope you’re having a wonderful week so far!

As Congress moves to impeach U.S. President Donald Trump, markets drifted listlessly with no clear macro factors to suggest any major moves.
Tech stocks saw losses led by Facebook (-2.24%) after its decision to change the privacy policy for WhatsApp would see the social media giant more closely integrate all of the data that it is soaking up from its various social media properties which include Instagram.
Bank stocks were a bright spot in the markets, helping most major indices avoid ending yesterday in the red in the U.S.
In Asia, things were slightly more mixed with Tokyo’s Nikkei 225 (+0.29%) and Hong Kong’s Hang Seng Index (+0.43%) up slightly at the open while Sydney’s ASX 200 (-0.12%) and Seoul’s KOSPI (-0.01%) were marginally lower.

1. WhatsApp Sharing of Data with Facebook Could Hurt Its Stock

Considering that Facebook paid a staggering US$20 billion for messaging app WhatsApp, it’s been surprising how long it hasn’t attempted to turn a profit from the ubiquitous communications tool.
As the owner of the world’s largest social media platform, Facebook has been taking pains to more closely integrate Instagram (an image and short video-based social media platform) with the mother company but has so far left WhatsApp out of the loop.
That may be set to change though because in a recent update to its privacy policy, WhatsApp informed its 2 billion-plus users that the app now reserves the right to share data it collects about its users with the broader Facebook network, including Instagram, regardless if WhatsApp users own Facebook or Instagram accounts or not.
Facebook shareholders may cheer the attempt to monetize WhatsApp, but the timing could not have been worse.
While conversations on WhatsApp will still be private – it’s encrypted end-to-end – contact lists, location, financial information and usage data, including your mobile phone’s unique identifier as well as other metadata that can be linked to your identity, will be.
And what that can do is allow Facebook to create more accurate profiles of a person’s identity and their social network.
For instance, friends on Facebook may never interact online, but their WhatsApp location data may suggest that they meet quite often, and that allows Facebook (provided that either user owns an account with its other properties) to push more relevant updates and ads to both users.
Additionally, where you travel based on your WhatsApp location data and your frequently called contact list can provide significant clues to your consumption habits, allowing for even more accurate targeted advertising.
For years, Facebook has resisted making the sharing of WhatsApp data with the broader Facebook group of companies, but pressure had been mounting both internally and from shareholders, to monetize the US$20 billion investment.
But with an incoming Democratic President, as well as the Democrats controlling both houses of Congress, greater scrutiny and regulation of Big Tech, which already has bipartisan support, may stoke antitrust actions against platforms like Facebook, or more onerous regulatory burdens.
In 1998, Microsoft (-1.18%) faced the same antitrust challenges and even then, didn’t have the power to provide a platform for the foment of violence on its operating software the way that Facebook has.
Yet it took several decades before Microsoft’s fortunes reversed after the antitrust action saw Bill Gates forced to step down from the helm of the software giant he founded.
The banning of U.S. President Donald Trump from Facebook and Twitter (-2.35%) will no doubt have some Republicans who continue to support the President seeking revenge.
And while Facebook’s stock has done relatively well throughout the pandemic, the latest move to bring WhatsApp data into the broader fold is inviting greater regulation, scrutiny and may put downward pressure on the social media giant’s share price in the longer term.

2. Trump Started the China Trade War and Americans Paid For It

In the Battle of Waterloo, Napoleon’s ill-fated ambitions brought an end to the First French Empire, saw him abdicate as Emperor, and marked a disastrous finale to his return from 100 days in exile.
As the remnants of the French army lay tattered on the battlefield, Napoleon’s surviving generals counted the cost in human capital to feed one man’s hubris.
In similar fashion, as U.S. President Donald Trump’s administration comes to an end, the cost of his ill-advised trade war in China, has revealed that it was the bulk of ordinary Americans who ultimately paid the price for his hubris.
Even before the coronavirus pandemic, China was withstanding Trump’s repeated tariff salvos, and when the Middle Kingdom got the spread of the disease under control, was busy making the medical equipment and work-from-home gear that has expanded the trade surplus with the United States to levels higher than before Trump took office.
The persistently high trade deficit with China, demonstrates just how reliant companies are on China’s vast manufacturing capacity, regardless of where their home markets may be.
In total, China’s shipments to the U.S. grew for every year that Trump was in office, even in 2019, when overall exports to the U.S. fell, they were still higher than when he came to power.
If nothing else, the U.S.-China trade war forced Beijing to accelerate its push towards stirring up domestic demand and self-sufficiency than would otherwise have been the case, and the coronavirus pandemic, which forced more Chinese travelers to travel domestically sped up that shift.
And that spells long-term trouble for American companies looking to make China their major market.
Gone are the days when Chinese brands were shunned in favor of western labels.
Today, Chinese fashion brands are held in high regard and even its own electric car company Nio (-1.05%), is giving Tesla (+4.72%) a run for its money.
A renewed sense of national pride and self-confidence of the Chinese people mean that the U.S.-China trade deficit is only set to widen further.
Far from needing the U.S., China has since diversified its trading partners with a group of 10 Southeast Asian nations having displaced the U.S. as China’s second largest trading partner.
Driven by commercial realities instead of rhetoric, American companies, far from moving manufacturing out of China, have instead doubled down, with U.S. direct investment into China increasing slightly to US$12.9 billion in 2016, to US$13.3 billion in 2019, according to data from Rhodium Group.
And over 200 U.S. manufacturers in and around Shanghai’s heavily industrialized regions surveyed last September expressed no desire to more production out of China – with a population of almost 1.4 billion people, who can blame them?
Ultimately, it was American consumers who paid the bill of Trump’s trade tariffs with China, with U.S. duties paid mainly by American companies and consumers.
According to a paper written by the National Bureau of Economic Research, American consumers lost about US$16.8 billion annually due to tariffs.
And worse still, China’s retaliatory tariffs on U.S. imports reduced American exports, raising the cost of its own manufactures, while allowing China to concentrate even more production processes within the Great Wall.
Globalized supply chains have always meant that manufacturing is shared between countries, something that Trump failed to grasp from the get-go.
But it’ll be up to the incoming Biden administration to unwind the costs of America’s trade war with China.

3. Bitcoin ETF Could be the Bane on Bitcoin’s Price

“Be careful what you wish for, cause you just might get it got all, you just might get it all and then some you don’t want.”
– Daughtry, Home, from the self-titled album Daughtry
For years, Bitcoin advocates from the Winklevoss twins to Bitwise, have been lobbying the U.S. Securities and Exchange Commission (“SEC”) to approve the issuance of a Bitcoin exchange traded fund (“ETF”), to make trading in the cryptocurrency more accessible and more liquid.
And for years, the SEC has rejected such appeals, citing Bitcoin’s susceptibility to being manipulated as a primary reason for not allowing such products.
But growing institutional investment in the cryptocurrency space as well as resurgent retail interest is weighing in on such decisions.
To be sure, the cryptocurrency space is vastly different when those early appeals to approve a Bitcoin ETF were made.
Assets under Grayscale Bitcoin Trust, the primary means that institutional investors still use to gain access to Bitcoin, were a fraction of what they are now, and it’s estimated that Grayscale currently holds some 3% of the world’s Bitcoin supply.
According to strategists from JPMorgan Chase (+1.54%), a Bitcoin ETF could spark a broad selloff in Bitcoin in the short term because competition from such a vehicle might potentially spark outflows from Grayscale Bitcoin Trust, currently the world’s largest cryptocurrency fund.
Grayscale effectively has a monopoly on institutional trading of Bitcoin, enjoying a premium to underlying net asset value of Bitcoin by providing the necessary corporate and regulatory structures that institutional investors require before taking a punt on Bitcoin.
In note, JPMorgan Chase strategists, led by Nikolaos Panigirtzoglou wrote,
“A cascade of GBTC outflows and a collapse of its premium would likely have negative near-term implications for Bitcoin given the flow and signaling importance of GBTC.”
While outgoing SEC Chairman Jay Clayton was resistant to cryptocurrencies and policed initial coin offerings (ICOs) in piecemeal fashion, his term, which is ending soon, could also see a shift in attitudes towards a Bitcoin ETF.
Incoming U.S. President-elect Joe Biden is known to be open to cryptocurrencies, and firms including VanEck Associates are taking advantage of the shifting regulatory winds to refile a Bitcoin ETF, after standing down from a previous effort.
Although a Bitcoin ETF could see a short term pullback in Bitcoin’s price, it would be good for the cryptocurrency longer term. 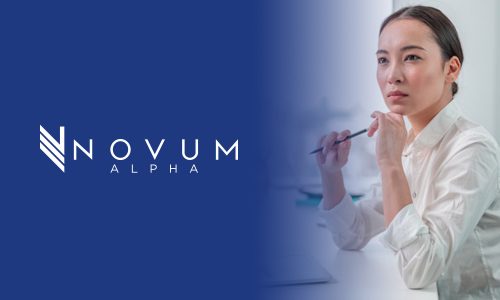