Here’s to you and a terrific Thursday!

As the coronavirus pandemic continues to rage in much of the United States and Europe, investors have reverted to familiar themes of tech stocks and other defensive plays on prospects that an economic recovery will be some time in the making.
In Asia, stock markets were mostly up with Tokyo’s Nikkei 225 (+0.29%), Seoul’s KOSPI (+0.42%) and Hong Kong’s Hang Seng Index (+0.10%) all up, while Sydney’s ASX 200 (-0.24%) was down slightly in the morning trading session.

1. The Fed is Ready for the Holiday Shopping Season

With peak holiday shopping season just upon us, Americans aren’t the only ones getting ready to buy.
Minutes of the last Federal Open Market Committee Meeting in early November revealed that America’s central bankers are more than ready to go shopping as well.
Though Fed officials said that they didn’t see any immediate need to adjust their bond-buying strategy, they have continued to keep the case for action, at the front and center.
The U.S. economy is continuing to suffer from a coronavirus pandemic that shows no signs of abating and unemployment is inching up.
To make matters worse, several important pandemic relief packages are set to expire as the Trump administration will let them lapse at the end of the year.
Given the absence of fiscal stimulus and the dim prospects that a lame duck session of Congress will be able to put anything together between now and when a new U.S. President is inaugurated, the Fed will need to step in and support the economy as and where needed.
While many of the lending schemes, particularly to medium-sized businesses, saw low take up rates, their presence bolstered the private lending markets and ensured that businesses had access to funding to tide them over the difficult times.
Trump’s Treasury Department is set to let the Fed’s emergency lending facilities lapse at the end of next month, the Fed will need to intervene in other ways, but its tools are somewhat limited.
With benchmark interest rates so close to zero, and likely to be held there until the end of 2023, the Fed’s asset purchases are the last bastion of hope.
The Fed is currently buying Treasuries and mortgage-backed securities at a combined pace of around US$120 billion a month, with purchases spread out evenly across maturities and that could pick up if the economy shows further signs of weakness.
On Wednesday, data from the Labor Department showed a growing number of Americans filing for unemployment insurance over the past two weeks, while a separate Commerce Department report revealed a drop in household income last month.
The stock markets may be surging to all-time-highs, but the economic picture on the ground is a lot more grim, and if it should worsen, the Fed can be expected to go on a shopping spree that will help to buoy markets until a new administration takes power in Washington.

2. Disney is Destined for Grown Ups

Not coming soon to a theater near you – people.
With huge swathes of the population hunkered at home by pandemic-induced lockdowns, Netflix and other streaming service subscriptions surged, but no more perhaps than for Disney’s Disney+.
In an act of divine providence, Disney+ chose perhaps the most opportune time for its launch, just as the little ones were stuck at home with Mom and Dad who wanted nothing more than to find some way to occupy them, Disney+ came to the rescue.
And while it took Netflix 9 years to gather 70 million subscribers, it’s taken Disney only 1.
To be fair, Netflix essentially pioneered paid streaming video services, Disney only had to ring-fence its content.
And with so many kids stuffed into so little house, it was only a matter of time before parents surrendered to Disney+ as a de facto babysitter.
Whether or not that could turn the fortunes around for Disney itself remains to be seen.
The firm has been battered by the coronavirus pandemic, with long closures at its theme parks and a disappointing third quarter buoyed primarily by its streaming services, Hulu and Disney+.
Disney has no shortage of content itself, but it also owns several lucrative properties, including Pixar, Marvel, Star Wars and National Geographic.
The only problem is that the streaming service Disney+ isn’t making any money, with subscribers paying just US$7 a month for the service.
Although growth prospects for Disney+ make it the single bright spot in Disney’s otherwise dismal third quarter results, the streaming division, which also owns ESPN+ still lost US$580 million, with professional sporting events suspended by pandemic lockdowns.
Disney will ultimately need to hike subscription fees for Disney+ but will need to offer a broader range of content to justify those increases.
The other problem of course is that as a coronavirus vaccine gets rolled out and kids head back to school, the motivation to maintain a Disney+ subscription, just as Disney hikes subscription costs may subside.
For now, Disney+ appears to be too family-oriented to provide a strong enough value proposition that could rival Netflix, which limits its customer base primarily to kids and superfans of Disney’s other franchises.
Netflix on the other hand has a bit of something for everyone, and if streaming subscriptions should be rationalized during the annual budgeting exercise around the dining table, will probably be the last one standing.
To be sure, Disney has no shortage of adult content in its stable, but will need to find more practical and cost-attractive ways to roll out new movie releases.
When the firm debuted “Mulan” in September, it cost US$30 for the one-time release on top of the recurring US$7 a month that a Disney+ subscription already costs.
Contrast that with Netflix which only costs US$14 a month and charges nothing for big releases and the differences are chalk and cheese.
Disney is probably still fine-tuning its streaming service strategy, given that it is a relatively new entrant to the space.
And with more Americans investing in home theater set ups, a higher-margin annual subscription or even an adult-oriented channel may be a game changer for Disney.
While some analysts had predicted that Disney pulling its content from Netflix would cripple the latter, that hasn’t played out as Netflix has proved deft at navigating and producing new content.
Disney may want to take a page out of Netflix’s playbook when it comes to strategizing about price and paywalls when it comes to delivery, because when it comes to streaming, Netflix is now the master.

3. Ethereum Has Done It!

One of the biggest criticisms leveled against cryptocurrencies has been the wasteful use of energy that secures the immutable, decentralized digital ledger that transactions are recorded on.
Called “proof-of-work,” the system for securing the blockchain, inherited from Bitcoin, involves legions of “mining rigs” which are purpose-built hardware devices that solve complex mathematical puzzles to earn the privilege of securing the blockchain and receive the cryptocurrency of that blockchain in return.
But the energy demands of such processes are high, with some estimates putting the power consumption of securing the Bitcoin blockchain at the energy consumption of Ireland.
That may be set to change as Ethereum has reached a milestone toward a network change that would allow it to process a similar number of transactions as Mastercard (-0.31%) or Visa (+0.58%).
Dubbed “Ethereum 2.0” that shift to “proof-of-stake” has seen Ether holders stake the minimum threshold that could see the Ethereum blockchain secured using “stakes” of Ether, instead of the traditional cryptocurrency mining methods which are energy intensive.
But that also means that the amount of Ether available in the open markets would necessarily drop as well, a prospect that has lifted Ether’s price by over 350% this year alone.
Bitcoin has dominated the media narrative, inching ever closer towards its all-time high of US$20,000 set in 2017, with increasing purchases by retail investors, institutions and even billionaires all cited as factors for its ascent.
But the rally has also inspired flashbacks of the dramatic bursting of the cryptocurrency bubble in 2018, which saw an 80% fall in Bitcoin price in a matter of weeks.
There are some concerns that retail flows into the cryptocurrency sector seem to be resembling a taste for speculation unseen since 2017.
Yet qualitatively this time might really be different.
Three years ago, China did not have digital currency and the European Central Bank wasn’t mulling the same.
Back in 2017, high profile investors such as billionaire hedge fund managers Paul Tudor Jones and Stanley Druckenmiller hadn’t confirmed their ownership of Bitcoin, nor had listed companies such as MicroStrategy (+9.32%) and Square (+4.94%) placed a sizeable portion of their balance sheets in Bitcoin.
And Ethereum, which came live in 2015, had not yet reached the critical mass nor widespread usage needed to pull off a move as big as “proof-of-stake” which could dramatically revolutionize transactions and payments as we know it.
So this time may truly be different. 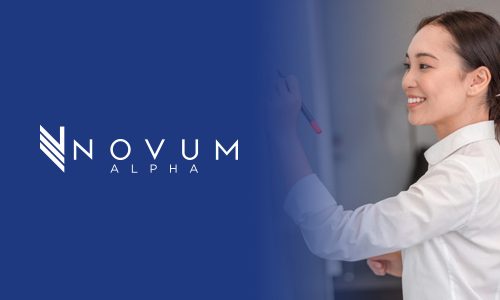