Welcome to the weekend and the start of a new month!

U.S. stocks rose on Friday as technology giants buoyed major indices and offset disappointing earnings from firms in other sectors.
Meanwhile investors are waiting on renewed stimulus packages, elections and clarity over earnings – which will make for a choppy first week of trading and heightened volatility in August.
The coronavirus pandemic has provided a peek into what the future could look like and as a result, investors are starting to take bets on which companies will and won’t make it, post pandemic landscape.
There are also few signs that the coronavirus pandemic will get put down any time soon, just as the autumn flu season looms large.
But with a slew of coronavirus vaccines being rushed into testing, investors remain hopeful and stimulus should help to lift sentiments somewhat.
The bigger questions isn’t so much “what”, but “when”?
When will stimulus no longer work?

You can ignore it all you want, it can still kill you.
Despite Japan’s best efforts to pretend that it didn’t need to socially distance, the coronavirus pandemic, which was initially brought under control, has now become resurgent.
Japan’s initial coronavirus experience was the stuff of dreams.
Referred to as the “Japan Model” – the approach involved what U.S. President Donald Trump must no doubt view as the correct one – limited testing and no lockdown, nor any legal means to force businesses to close.
Basically, ignore it, and it will go away.
But the coronavirus has instead proved that it isn’t a snake that you meet on a hiking trail, instead, it’s a pit viper looking to bite whoever is closest to it.
Coronavirus cases in Japan are hitting new records nationwide every single day.
And while infections first concentrated in Tokyo and other urban areas, they have since spread to the countryside as well.
The demographic of the infected has also shifted.
Whereas most coronavirus infections were primarily among young Japanese, infections have since spread to the elderly, who are more likely to suffer life-threatening consequences.
Japan stands as a strong reminder to countries not to re-open their economies too hastily.
Although the Land of the Rising Sun declared a state of emergency to contain the first wave of the pandemic, it didn’t compel people to stay home or shut businesses.
Then in late May, in an effort to get the country’s already recessionary economy back on the rails again, Japan pivoted to a full reopening.
And while the Japanese were mask-wearers long before the pandemic, that the coronavirus can be spread as droplets in the air has meant that transmission has occurred in situations where face coverings aren’t typically worn, like group dining and drinking events.
Already Japanese authorities are looking to backtrack on re-opening, with Osaka asking people to refrain from dining in groups of five or more.
But it may be too little and too late.
Without political will to push back the tide and adhere to a stricter policy of lockdown, infections will increase and eventually, so will the death toll.
We’ve been warned.

Americans aren’t shopping much these days, well certainly not as much as they used to.
But when Americans finally do get to the malls and head overseas for a vacation, they may find that their fist full of dollars may buy slightly less than they’re used to, with the dollar’s slide buttressing a case for the story of Asian economic recovery.
Having slipped 4% in July alone, investors may now be looking to Asia to cover back some of their dollar-denominated slippage.
And it helps that the narrative is swinging towards Asia.
Just as Intel (-0.54%) announced that it may no longer be manufacturing its own chips, Taiwan Semiconductor Manufacturing Co. (-1.96%) the firm that makes chips for companies from Intel to Nvidia (+0.01%), saw some US$72 billion added to its market cap.
And a weaker dollar in general, adds to the allure of Asian stocks, because it renders Asian earnings more valuable in dollar terms.
While the pace of economic recovery continues to remain uncertain, mask-compliant Asia has not seen the unfettered resurgence of the coronavirus (outside of Japan) as has been the experience in the United States.
The first official gauge of China’s economy in the second half of 2020 has shown some upward momentum and South Korea’s month-on-month industrial production in June, beat analyst estimates.
With low interest rates in the United States not likely to end anytime soon, yield-hungry investors are starting to turn towards Asia and foreign purchases of South Korean shares touched a high for 2020 in the last week of July.
But Asia can’t be painted with a broad brush.
Coronavirus infections in Japan and Australia are resurgent.
And Asia is generally more susceptible to geopolitical tensions between the U.S. and China, being geographically caught between the two superpowers.
Many Asian economies also rely heavily on exports and tourism, meaning that just as in the U.S., Asian tech stocks may be the next best bet.
While American technology stocks have run ahead of the market, the stocks of most Asian technology giants still remain somewhat reasonable.
In particular, given that companies will continue to work from home for the foreseeable future and with a rise in cloud computing, semiconductor firms are likely to continue growing, particularly those from Taiwan and South Korea.

This past week, the U.S. Office of the Comptroller of the Currency (OCC) clarified that banks can provide cryptocurrency custody services to its customers.
Furthermore, the OCC declared that the holy grail of cryptocurrency businesses – something as simple as a bank account – can now be administered without fear or favor.
The news sent the price of bitcoin soaring past US$11,000.
But the OCC’s letter also included some curious explanations as to what the nature of cryptocurrencies are, and how they are distinguished from fiat currencies, with a small detail in the text that should leave investors scratching their heads.
See if you can spot the circular logic.
According to the interpretive letter,
“Fiat money refers to instruments that do not have intrinsic value but that individuals and institutions are willing to use for purposes of purchase and investment because they are issued by a government.”
“Government-issued currencies, including the U.S. dollar following abandonment of the gold standard, are traditional fiat money.”
“Some types of cryptocurrencies may have similar characteristics as fiat money because they are not backed by any other assets. Other types of money may be backed by assets (such as a commodity).”
“The U.S. dollar was a type of asset-backed money prior to abandonment of the gold standard. Some types of cryptocurrencies may have similar characteristics to this type of money. For example, stablecoin is a type of cryptocurrency that is backed by an asset, such as a fiat currency or a commodity.”
According to the OCC, the dollar is fiat money – it has no intrinsic value the way a dollar backed by gold does.
Ok so far.
Now the dollar used to be a type of asset-backed money prior to abandonment of the gold standard, but it isn’t anymore.
Nothing new here.
But there are “stablecoins” which are akin to “asset-backed money,” a type of cryptocurrency that is “backed by an asset, such as fiat currency.”
Therein lies the problem.
If fiat currency has no intrinsic value because it’s not backed by anything, how can a stablecoin backed by fiat currency have intrinsic value?
Yet somehow, according to the OCC’s own circuitous logic, a dollar-backed stablecoin has intrinsic value, whereas the dollar that it’s backed by doesn’t!
Ergo, investors should be stocking up on stablecoins instead of dollars, and they certainly appear to.
The world’s favorite dollar-backed stablecoin, Tether, has seen its market cap soar from about US$4 billion at the start of this year, to US$10 billion, a number that continues to rise.
Part of the reason for this of course is the greater interest in cryptocurrencies, of which Tether, or USDT, is the most common stablecoin used to buy other cryptocurrencies.
And when cryptocurrency sellers sell into USDT, they don’t automatically convert that USDT back to the dollars that they’re backed by, putting it back into the system, either buying other cryptocurrencies, or selling it to a new group of cryptocurrency buyers that need USDT.
That activity of course increases the velocity of USDT – the number of times it passes hands – and increases both the importance and the significance of USDT to the entire cryptocurrency ecosystem.
But before you rush out to start swapping all of your fiat currency (no intrinsic value) to dollar-backed stablecoins (intrinsic value), just remember that you can’t pay taxes in stablecoin.
And while that may not mean that dollars have intrinsic value – after all, nobody likes paying taxes – isn’t it better to let the government hold on to the dollars and as citizens render to Caesar what belongs to Caesar? 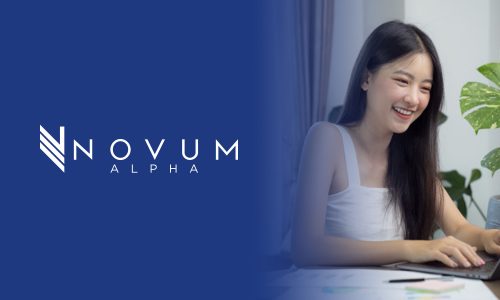