I hope that you’re having a terrific Thursday.

Stocks took a bit of a breather yesterday, but given their whipsaw-like gyrations over the past two weeks, a small pause in the action would have been in order.

The rally of the last 3-days was led in large part by positive retail data coming out of the U.S., but investors are also taking profit, with the narrative around policy stimulus and better than expected economic data starting to lose its effect.

Caution was reflected in the thinner trading volumes in stocks yesterday as well, leading to larger intraday swings in U.S. stocks.

The dollar was more or less unchanged against a basket of major currencies.

Over in Asia, markets were all down in pre-lunch trading as the global equity rally earlier this week showed signs of fatigue.

U.S. Treasuries rose as well, as the 10-year U.S. Treasury yield slid to 0.732% from 0.754% a day earlier as investors started to grow cautious over the rate and pace of the recovery and the rising number of coronavirus cases in certain states in the U.S. – yields typically fall as demand and prices for government bonds rise.

Oil slid, with the benchmark WTI Crude Oil (Nymex) (-1.37%) continuing to trade above US$37 at US$37.44, as traders weighed a return of oil consumption against potential macroeconomic shocks.

Turning into Thursday, markets are due for a moment of introspection. It could be that investors are heading out to the pool or the beach and soaking up a bit of summer sun.

That would be a good thing.

With no new data or reports to bet on, it may not be an entirely bad idea for a bit of a pullback to provide some buying opportunities for investors who had hitherto been sitting on the sidelines and one potential bright spot may be infrastructure.

In the climax to Star Wars: The Empire Strikes Back where our hero Luke Skywalker faces off against his arch-nemesis Darth Vader, using the Force, Vader hurls every manner of equipment at Luke, finally sending Luke flying through the blast screen.

In the waning days of U.S. President Donald Trump’s first (last?) term, Trump is reviving a US$1 trillion infrastructure stimulus plan which he has struggled to get over the line.

Because if (misleading) jobs reports only buoy the markets temporarily, and retail consumption data provides only a momentary lift, then it’s time to throw anything and everything to move markets upwards.

And nothing moves markets quite like another stimulus plan.

We had suggested earlier that Trump would not have the mindspace to consider passing his “trademark” infrastructure bill – mainly because he would be preoccupied with re-election.

But because it appears the stock market (Trump’s personal gauge of his success) is not responding as dramatically as Trump would like, he’s literally throwing everything and the kitchen sink at it.

Bloomberg reported that a preliminary version of the infrastructure bill being prepared by the U.S. Department of Transportation would reserve most of the money for traditional infrastructure work, like roads and bridges.

According to the American Society of Civil Engineers’ 2017 Infrastructure Report Card, published every four years, U.S. infrastructure got a D+, the same grade it got in 2013, so top marks for consistency, but terrible for safety.

All across America, bridges are crumbling, roads are so cratered they look like they belong on the set of Mad Max: Fury Road and power stations and water facilities look like they’re one Homer Simpson accident away from the apocalypse.

The American Society of Civil Engineers estimates that the U.S. needs to spend some US$4.5 trillion by 2025 to improve the state of the country’s roads, bridges, dams, airports, schools and more.

House Democrats have countered Trump’s proposal with their own US$500 billion infrastructure bill, to be spent over the next 5 years, which will hardly be enough, by estimates from the American Society of Civil Engineers.

Trump has periodically called for more spending on infrastructure, when it’s suited his fancy.

Hopes for federal legislation on a US$2 trillion infrastructure bill in May 2019 were dashed, when the president walked out on a meeting, vowing not to work with Democrats unless they stopped investigating him and his administration.

The Democratic bill to reauthorize the current infrastructure program unveiled this month does make provision for spending on roads and bridges as well as public transport and rail, so either ways, there will be renewed spending on infrastructure.

There is growing bipartisan urgency to pass a more comprehensive infrastructure bill with elections due in November, not just for the White House, but all 435 seats in the House of Representatives and 35 seats in the 100-seat Senate.

Infrastructure spending has long appealed to lawmakers as a way to spur growth and the pandemic is renewing calls to fast-track roads and other projects.

And with unemployment levels at record highs, a push to spend more on infrastructure could come from both sides of the chamber, which increases the odds of a bill being passed.

Construction is labor intensive and because jobs in the construction industry generally don’t require a lot of training or a college degree, could help soak up many of the service jobs and other jobs which have disappeared because of the coronavirus pandemic.

In a speech on Monday, Mary Daly, president of the Federal Reserve Bank of San Francisco said,

“We need to focus on investments that leverage the talent of everyone and contribute to the economy’s long term growth prospects.”

And it’s possible that the infrastructure measures currently being drafted by the Trump administration could be rolled out into the next round of pandemic relief.

The Democrat-led House of Representatives passed a US$3 trillion stimulus bill in May, but that bill died in the Republican-majority Senate, over differences in how the new spending will be paid for.

But with interest rates near zero, additional government spending may be more palatable.

Congress has shown little concern about the over US$2 trillion allocated to curb the pandemic’s economic damage and while some conservative hawks in the senate are urging Trump to turn off the spending taps, now may be the best time to borrow and spend, ever.

“Even before the crisis, we were in an environment of low interest rates – and that is expected to continue for the foreseeable future. This makes public spending relatively cheap and easy to finance.”

And it’s probably one of the best ways to reinvigorate the American economy as well.

But more importantly, Roosevelt also instituted the Works Progress Administration, which provided federal employment to the millions of unemployed Americans until the economy recovered.

To be sure, the legacy of Roosevelt will loom over lawmakers as they decide what to do next, especially when it comes to infrastructure.

There will be spending on infrastructure, how much though is less clear and either ways, some stocks will benefit from it.

Construction aggregates (concrete and asphalt) maker Vulcan Materials (-3.38%) and construction equipment maker Caterpillar (-1.44%) all fell along with the wider market, but stand to benefit when a comprehensive infrastructure bill is passed.

Vulcan Materials is down by 17.58% for this year after an incredible 46% run-up in 2019, but as America’s largest maker of construction aggregates, primarily crushed stone, gravel and sand, as well as a major producer of asphalt and concrete, Vulcan Materials stands to gain the most from infrastructure spending because it makes all the basic raw materials used in all forms of infrastructure assets.

Vulcan Materials’ balance sheet presents a sturdy picture, with cash flows rising steadily in the past five years and debt at comfortable levels.

And with the stock now trading at below its 5-year average price-to-earnings ratio, it’s looking pretty attractive right now, especially with the potential upside from a robust infrastructure bill.

Caterpillar understandably had a rough first quarter of 2020 and the rest of this year is likely to be challenging as well.

But the construction equipment manufacturer has significantly reduced its cost base, long before the coronavirus pandemic hit, and when infrastructure demand comes in, it should have a higher profit margin profile, even if the downturn is extended.

And at a time when bonds are yielding close to zero, Caterpillar’s dividend (currently at 3.6%) looks mightily attractive, but is it sustainable?

Caterpillar’s management has been working for years to improve free cash flow and improve margins and while there are risks, an infrastructure spending bill as well as positive data on housing could help Caterpillar.

Caterpillar’s first quarter sales to the resource industries fell by 24%, but demand for aggregates, especially for infrastructure projects, could see demand rise in the third quarter of 2020.

Meanwhile, housing starts, a measure of new-home construction, climbed 4.3% in May.

All of which suggest that Caterpillar’s sales to the construction industries, which was US$4.3 billion in the first quarter of 2020, a drop of 27%, could see some respite, with residential and non-residential construction demand returning.

The rapidity with which we saw Bitcoin rebound from US$9,260 suggest that Bitcoin has considerable support at US$9,300, but consolidation around US$9,500 without testing new highs capped any upside in the past 24 hours.

Looking over the next 24 hours, a bullish uptick is entirely possible. Having bounced back from the support at US$9,300, Bitcoin is likely to test US$9,500 again and if it sustains that level, may rally to US$9,700.

The long trade we suggested yesterday was to get in at US$232.80 and take profits at US$235 with a stop loss at US$232 – this trade was profitable.

The short trade for Ethereum we suggested was to wait for an entry at US$235.50 and to take profit all the way down to US$230, with a short cover at US$237 – this trade was also profitable.

Because Ethereum tested US$228 and bounced rapidly above it, US$230 looks like a safe level of support (for now) and expect Ethereum to make another run at US$235.

Ethereum will track sideways for the next 24 hours or so, and is likely to continue trading rangebound between a wider range of US$230 and US$236. 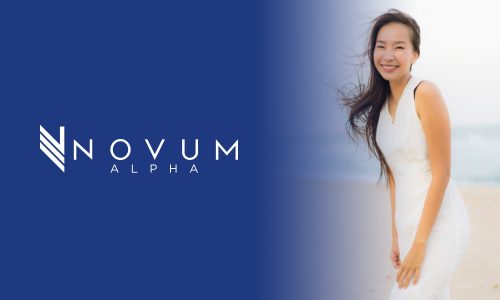