What Happens in an ICO Token Swap?

Let’s say “my dog ate my homework” and the swap doesn’t happen. What then?

Some ICO tokens are just placeholders. Probably not for all ICOs, but for some ICOs — the tokens sold in the token sale are merely standing in for another blockchain token, that is designed to operate on the project described in the ICO white paper. They are merely waiting for the time of the great migration, for the ICO tokens swap.

Placeholders until the ICO tokens swap

Website designers use “lorem ipsum” text to fill up their websites, to show a mock up for their customers. Some ICO tokens are like “lorem ipsum” text, placeholders for the actual tokens. The whole idea of an ICO (initial coin offering, for the uninitiated), is to allow the project owners to sell tokens to raise funds. With the funds, they build the blockchain platform described in the ICO white paper.

With this model, tokens sold in the token sale (aka ICO, or ITO, or TGE) are merely a means to an end. When the actual blockchain platform has been created, based on a distinct and separate Blockchain, the ICO tokens are then “migrated” to the new blockchain. What this means, in practice, is that there is an ICO tokens swap. The ICO tokens are “swapped” for the actual project’s blockchain tokens.

The EOS token sold during its ICO was an ERC20 token. It had to be, in order for the project to have a token to sell. With that token, the EOS project could raise funds — funds, to develop its blockchain, and its technology. After a year long ICO of token sales, EOS’s main net was finally about to go live.

You see, ICO tokens don’t just “jump” from one blockchain (probably Ethereum) to another (the project’s Main Net). They have to go through a token swap.

A second token swap is that of TRON (TRX), which token swap is happening at this point of time. The TRON main net launched on 31 May 2018, and with it, a need for TRON tokens.

First, what happens if the ICO token swap does not happen?

This could mean that the main net of the project has not been launched, or that the blockchain has not been developed. In other words, it’s possible that an ICO team has received contributions, or ICO funds, but have failed to deliver on their promise to build the platform.

It’s possible that there is a good explanation why the platform cannot be built. It may be a question of lack of funds, or maybe, on the perverse opposite, too much funds. Whatever it is, some ICO project teams fail to deliver on their promise to create the platform, leaving a bad taste in the mouth for ICO token holders.

In such a case, it may be a clear case of misrepresentation, failure of consideration, or even outright fraud. And even though many ICO sales agreements may state that the ICO tokens are sold without any promise that the platform will be built, it is directly opposite to what ICO team members say in person: that they will build the platform which they have promised in the white paper. “It will be the fastest blockchain ever! We will have a gazillion transactions per second!” they cry on stage. And after the ICO, they cry with joy at the amount of ETH (or other cryptocurrency) they raise. And then, the sound of crickets.

Second, what if the ICO tokens are not swapped in time?

This is a valid question. Some ICO projects have set in place deadlines for the token swap to occur. Obviously, if the ICO tokens are not swapped in time, two things might happen: First, the ICO tokens cease to become traded, and second, the blockchain platform will be missing a certain number of tokens.

Obviously, carrying out an ICO tokens swap is quite a hassle, making it unfeasible for ICO projects to allow token holders to swap their tokens indefinitely. Therefore, the deadline to swap. But we live in the real world, where outlandish things can and will happen, including “the dog ate my homework” type of excuses. Take for example the following scenario: A man buys EOS tokens, and just minutes later, is hit by a car. He loses his memory, until half a year later, in October 2018 — long past the deadline to swap EOS tokens.

The strict thing to do is to say, “We’ve made it clear that the tokens must be swapped by so-and-so a date. Since you did not swap, your tokens are now forfeited.”

But if tokens from an ICO need to be swapped, they can be manually swapped, if need be. The project’s owners can manually receive the ICO tokens, and issue a corresponding number of main net tokens to the ICO token holders.

It may be noted that in some ICO projects, a small number of wallets hold a disproportionately large percentage of the project’s tokens. And that means that it would not be impossible for the ICO project owners to conduct a manual ICO tokens swap. 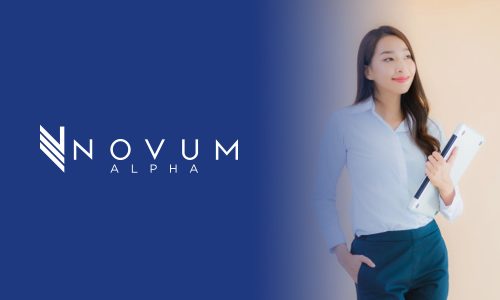