Bitcoin is the world’s first fully decentralized, peer-to-peer (p2p) virtual currency. It allows users to make anonymous and untraceable cash transactions anywhere in the world without any sort of real-world intermediary. So unlike PayPal and other online services, it can’t be squeezed in the same way by governments or other control agents.

Created in 2009 by a shadowy figure who goes by the name Satoshi Nakamoto, there are currently about 6 million bitcoins in circulation. That number will eventually rise, in regular intervals, to a total of 21 million by 2033. A money system without any sort of central bank? A currency whose supply increases at a steady and predictable rate according to a concept elucidated by the Nobel laureate economist Milton Friedman?

Just how revolutionary is Bitcoin? CNN , Forbes and Deloitte Australia talking about Bitcoins

A few important news came up the past 2 weeks that could boost the usage of Bitcoins (btc):

1. BitPay accepts 1000th customer for their btc Merchant System (BitcoinStore.com) while the Secretary of the Central Bank of Finland publicize that bitcoin or btc is legal to use in Finland.

2. The Federal Reserve announced open ended QE, $40 billion in Mortgage Backed Securities per month. Low rates until 2015. There is no end date. Together with Operation Twist at $45 billion, the program is $85 billion. Fed opens door to more action if necessary.

With more and more people getting into the Bitcoins digital currency usage, it’s important to show the normal people how Bitcoins (btc) can be used in your daily life. The best way to do that is to use videos as people love watching movies and moving pictures.

We are now accepting pre-orders of new V4 bitcoin mining servers that could generate thousands of bitcoins (btc) per month! So if you are a Bitcoins investor, Bitcoins miner or Bitcoins service provider, feel free to drop me some comments [ admin at bitcoinmalaysia.com ] on what videos should be added to this post, so that we can spread the Bitcoin love!.

BELOW – WHAT ARE BITCOINS?

Below : Video (English sub-title Version) – Secretary of the Central Bank of Finland publicized that bitcoin is legal to use in Finland.

BELOW, Al-Jazeera News talking about Bitcoins with Jerry Brito: Jerry Brito is a senior research fellow at the Mercatus Center at George Mason University, and director of its Technology Policy Program. He also serves as adjunct professor of law at GMU. His research focuses on technology and telecommunications policy, government transparency and accountability, and the regulatory process.

BELOW, CNN Money: Bitcoin’s As Currency:

BELOW, Bloomberg talks about Bitcoins:

BELOW, FOX News, the USA news channel talks about Bitcoins:

BELOW, Gavin Andresen talks about Bitcoins at CIA HQ:

BELOW, Complete detail of how Bitcoin works:

BELOW, Bitcoin & The End of State-Controlled Money: Q&A with Jerry Brito:
Reason.tv sat down with Mercatus Senior Research Fellow Jerry Brito to learn how Bitcoin operates and what the implications are for traditional state-based fiat currencies. “Whether Bitcoin succeeds or fails is neither here nor there,” says Brito, who predicts that currencies in the future will almost certainly be deregulated and decentralized – with or without governments’ consent.

BELOW, Bitcoin Explained at TechSNAP 9:

BELOW, James McCarthy aka Nefario, founder of GLBSE, long time member of the bitcoin community, at the Bitcoin2012 Conference in London,UK on the topic of Bitcoin capital Markets.

BELOW, The Bitcoin Merchant System by BitPay.com

BELOW, Charlie Shrem, CEO of http://www.Bitinstant.com is interviewed by Mark Edge about Bitcoins and Bitinstant:

BELOW, [BitTalk.TV] interviews Charlie Shrem, the CEO of BitInstant.com:

BELOW, Peio Popov, a legal adviser talking about Bitcoins, The road to Bitcoin and a glimpse forward:

BELOW, Tony Gallippi of BitPay presenting at the Venture Pitch Orlando event in May 2012.

BELOW, bit-pay.com video about Bitcoins

BELOW, GoldMoney’s James Turk interviews Félix Moreno de la Cova, who is a studied economist, trader and GoldMoney contributor. They discuss the idea of currency competition and talk about the pros and cons of Bitcoin and digital gold currencies. 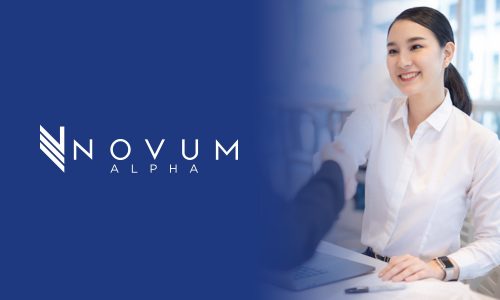